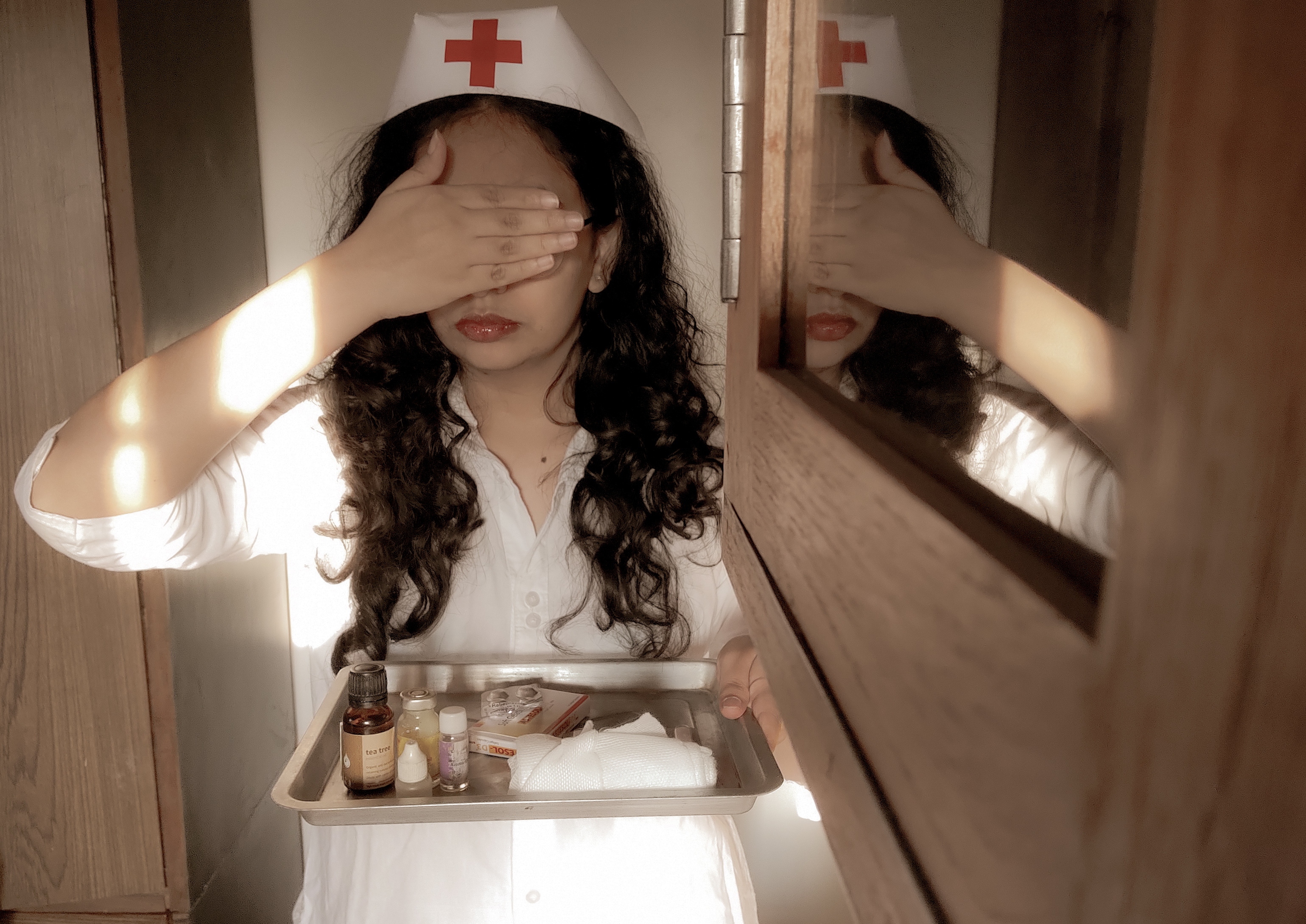 I was lying down, right in the middle of a bed, with both my hands rested on my chest, as if I were on my deathbed and surrendering my spirit to God. The fan was watching over me. It rotated slowly and expressionlessly, mocking my motion. But never mind. At least it cared for me indirectly. My overalls matched my state – blue and dull, while my drooping eyelids now fell even further, devouring my vision and turning it hazy. And before I knew it, those few seconds of relief turned into a series of uncomfortable flashbacks.
Every day was another day. Another moment. But always a stale start. It would either revolve around prolonged work hours or covering up for colleagues. At other times it dealt with giving up my meals to family members of ailing souls and being left with just the dip to suck on.
Being sick does give people some level of advantage; not an unfair one though. I twitched my lip as I came up with that conclusion in my mind.
That was when I had landed here, and changed into these “sick” clothes, in hope of finding someone who would pamper me. A passive spectator would surely cite me as a lunatic at this doing of mine. But then, the room I had chosen was at the end of the corridor; aloof from the rest of the world, yet visible to the naked eye. This room in spite of being all dingy, robbed my attention, and I simply tagged along with the idea of getting myself admitted there.
If only someone would figure out that I was in a state of despair.
If only someone could fulfil my request of being taken care of.
Maybe. Maybe I was mad after all. I wanted to return to my flashbacks even though they swelled my heart up. Before I could go back to the saga in my head, my pager vibrated.
Buzz: You are required to attend to a patient at once.
I got up with great reluctance and a deteriorating sense of balance and headed towards the locker room. I changed into a fresh set of clothes and washed my hands thoroughly. But surely, no amount of sanitization would wash away my wish of being rescued.
Afterwards, I ushered myself to the store room and collected everything I needed. I headed towards the general ward to escort my patient for his scheduled sponge bath. And in less than a minute, his mate came in and glared at me. That one stare said everything. She didn’t want me touch her property. Without uttering a word, I passed on the toiletries to her, and proceeded to leave. As I left, I could hear the guy sharing his fantasy of hooking up with a nurse with her.
The doctor was there too, making them do some mandatory paperwork. They thanked him wholeheartedly. After all, he was an incarnation of the one above. That however didn’t make me an angel. It just resulted in my being a miserable and misfortunate “sister.”
Perhaps, that’s how it’s supposed to work – the carpenter has no wood to build a house of his own, the pharmacist doesn’t get to use his stock of medicines and the workers at the parlour never get to groom themselves either. Even I didn’t have a choice. It’s just how I earned my bread and most importantly, a notion of responsibility.
I glanced at my reflection on the glass door and let out a sigh at the sight of my cap. My whites that were once pure were now stained with a desire and no matter what, that red cross would always stay there like an old bottle of wine, pretending to be a design.